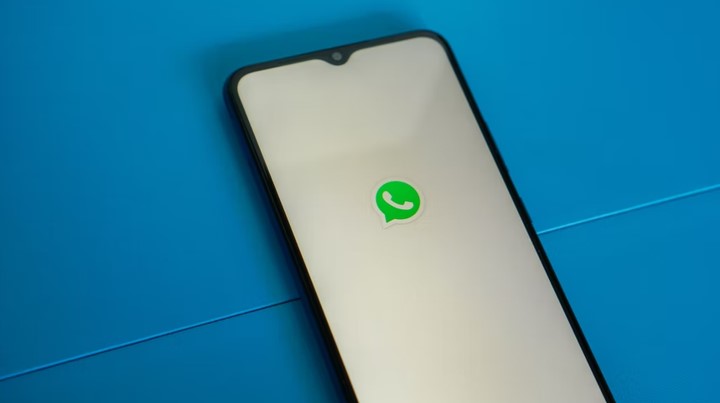 The world is slowly moving away from SMS as a default method of sending a text messages to people. It started a long time with an App like 2Go and has now turned to become a norm for almost everyone. Messaging Apps for Teachers and Students collaboration is an important tool in the distance learning era. Some teachers adopted the use of video conference call apps for their collaboration with students.

The evolution kicked up over the last few years. But the global lockdown caused by the Coronavirus code-named Covid-19 has forced many schools and teachers to seek electronic messaging apps or online teaching platforms that will help them to engage their students.

Thanks to Android and iOS platforms that created the enabling environment for these messaging apps for teachers and students collaboration. Before this time, teachers can only use blogging platforms to share their knowledge with their students.

Without wasting much of your time, let us go down with the list of messaging apps for teachers’ and students’ collaboration.

The app can be downloaded for free from your respective operating store. Currently, it has over one hundred billion users. Messenger is a product of Facebook. The app, also known as Facebook Messenger, enables Facebook users to communicate in real-time through their smartphones. The good news is that one does not have to be logged in to Facebook. All the operating systems support this app. However, it has the same function but bears a different look depending on the operating system in use.

Facebook Messenger is among the most popular messenger apps. Facebook has two chat apps for this. The regular one includes all the features like chat heads, stickers, and other features. The Lite version is just a basic chat app with far fewer frills.

Just like Facebook Messenger, WhatsApp has been downloaded by over one billion users. As a matter of fact, it is the second-largest messaging app globally. After its acquisition by Facebook, the messaging app has grown in leaps and bounds. It has gained more users due to its improved features. What makes WhatsApp stand out from the rest of the apps is the fact that it does not have any advertisements. Additionally, it is free and can be downloaded easily.

Everybody knows WhatsApp. It’s the most popular messenger app in the world, after all. It has a ton of features, gets frequent updates, and competes positively with basically every other chat app. Furthermore, it includes voice and video chats, text messages, group chats, support for most multimedia formats like GIFs, video, etc., and more. It’s powerful, accessible, and popular.

We trace the roots of this messaging application to China. WeChat is a social chatting tool with additional features. By shaking your smartphone, you can find a new friend nearby. Alternatively, one can use the GPS function too. The app is free, giving rise to a high number of subscribers.

This Chinese multipurpose messaging, social media and mobile payment app were developed by Tencent. It was first released in 2011 and became one of the world’s largest standalone mobile apps in 2018, with over 1 billion monthly active users.

Viber is a social chatting app. It bears some similarities to the other messaging apps. Viber’s users can make voice calls, send messages, and share photos of their friends. In 2003, there were 174 million Viber users globally. The number of users has grown over the years. Lastly, the app can be downloaded at no cost.

Viber isn’t big in some parts of the world. However, it’s among the most popular messenger apps ever. It boasts a full experience, including messages, calls, a self-destruct chat, group chats, video messages, video chats, and more. It also includes some extras like stickers, worldwide news, and more. Most of the sticker packs cost extra, hence the in-app purchases.

Telegram is one of the newest kids on the block when it comes to messaging apps. The developers of the app have put a lot of effort into updating the app in a bid to ensure the communication needs of the users. It has interesting features such as the bots. It also has seamless integration between various devices, PCs and tablets included. The conversations are stored in the cloud and synced across all registered devices.

It gives access to more group members among other enticing features. However, the major challenge faced in this app is its failing crypto inscription. It is gaining some level of popularity though, despite the challenges.

Telegram is among the most popular messenger apps for privacy. It boasts 256-bit symmetrical AES encryption, 2048-bit RSA encryption, and more. That makes it among the safest messaging services out there. The app also has file sharing, cross-platform support, group chats, GIF support, and more. It grew in popularity very quickly. That made it hard to judge at first. However, tons of people use the service now. Signal Private Messenger is another decent app in this space. Both put security and privacy above all else.

IMO is an app that has come a long way. Currently, the app allows users to make free video and voice calls alongside instant messaging. It may not be a popular app, especially for the young and teenagers.

IMO is a free, simple, and faster video calling & instant messaging app. Send text or voice messages or video calls to your friends and family easily and quickly. These features are mostly what is required in teacher-student Messaging Apps for Teachers and Students collaboration.

This is an app that has grown tremendously over the years. Teenagers surrounded this due to its amazing Snapchat facts. Instant messaging is the catch. It enables live video conversations. Snapchat is free to use.

Snapchat is one of the more unique messenger apps. It supports quite a few things, including voice calls, video messages, photo messages, and text messages. The service deletes messages after viewing. That means there is no history to speak of outside a streak counter. There are also Snapchat Stories. That lets people send proverbial status updates that all of their followers can view.

Messaging Apps for Teachers and Students have become an important aspect of our daily lives, teachers can adopt these Zoom tools for collaboration among themselves and students. They help us to keep in touch with people who are close or in different geographical locations. The apps have features that make communication interesting beyond regular messaging services. Teachers and students can share photos, and make voice calls and video calls too. The apps have different additional features giving the user different looks and tastes.

However, each app’s user base has vastly different ideas as to which one is better. They all send messages, and they’re all good enough for teacher-student collaboration. But high competitors like Telegram which is security centered is pushing high and getting many subscriptions.

Please use the comment section below to ask your question or share your view. Consider joining our Facebook Group to meet with other great teachers who are interested in EdTech. Also, subscribe to this blog by email and through our YouTube and Telegram Channels to receive regular EdTech and DigiLit updates. 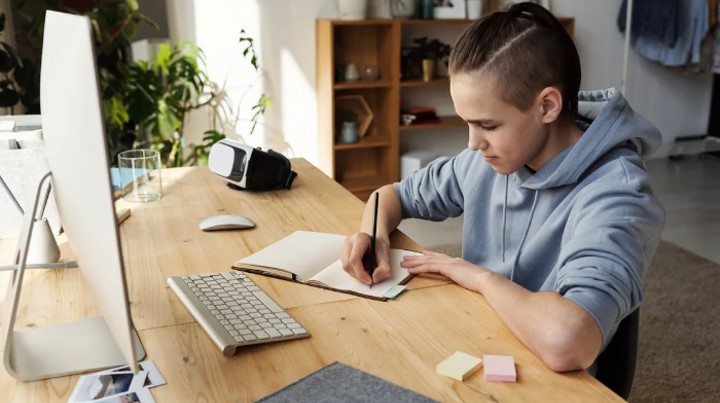 Last Updated on August 7, 2022 by Pat Ugwu II There is a massive and continuous growth of online education since the year 2020. The Coronavirus pandemic caused this and after the global lockdown, institutions have continued to adopt online education. Individuals have also utilized internet technology to offer online classes. We wrote good online… 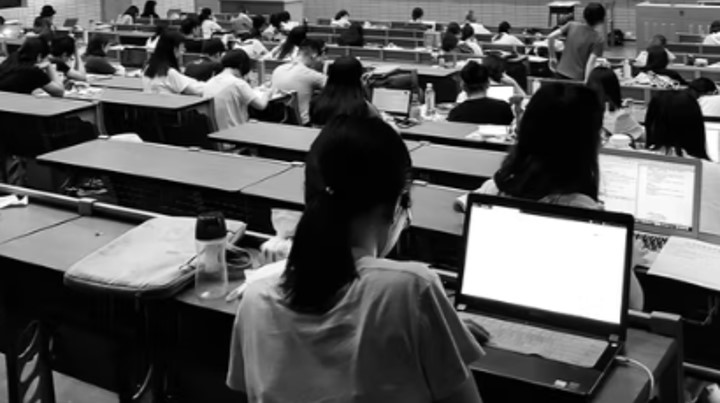 Last Updated on August 6, 2022 by Pat Ugwu II Technology is literally everywhere, and the kids adapt to it more than anyone else. Unlike teachers, students are being raised in a digital world. For students of all ages, it is absolutely natural to use technology in every aspect of their lives. This is why… 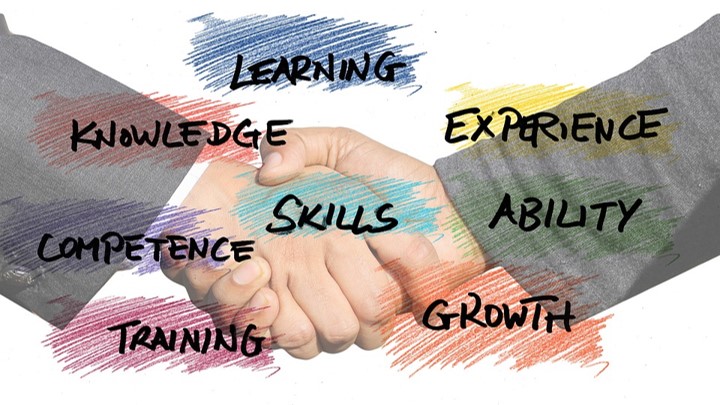 Last Updated on December 29, 2022 by Pat Ugwu II In this blog, we will explore various ways to enhance your ability to continually acquire new knowledge and skills, and apply and integrate that learning into your understanding of the world. This type of ongoing, adaptable learning, called dynamic learning, is essential in today’s rapidly… 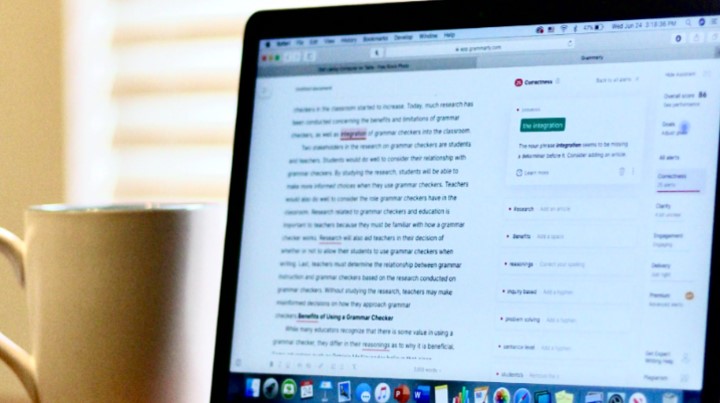 Last Updated on August 6, 2022 by Pat Ugwu II Teachers and of course other content writers always seek tools that will help them to supercharge their writing skills. In this post, I am going to make a list of free writing tools that will take your writing career to another level. If you are…

Last Updated on September 16, 2022 by Pat Ugwu II Google Maps need little or no introduction as a great tool for direction and human exploration that is widely used throughout the globe. However, there is more to consider when it comes to education, since this may be a precious teaching tool. So using google…